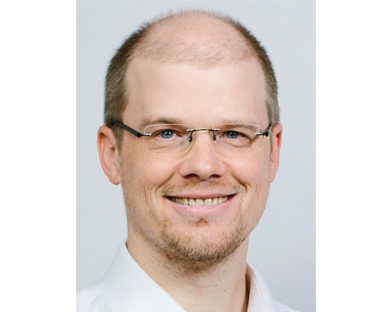 Andreas Bergthaler is head of the lab Viral Diseases and Inflammation at the CeMM – Research Center for Molecular Medicine of the Austrian Academy of Sciences, Vienna, Austria and co-founder of the company Hookipa Biotech. His research focuses on pathogen-host interactions and viral diseases. Recently he published a study in Cancer Cell about the molecular insights into the transmissible cancer of Tasmanian devils.

Andreas Bergthaler will be available for individual discussions during his stay. Those interested in exchanging with him can sign up here.

Cachexia is thought to be a leading cause of morbidity and mortality in various cancers, chronic inflammation and infections. Our understanding of the mechanisms driving cachexia remains limited, especially in the case of infection-associated cachexia (IAC). I will discuss my laboratory`s recent investigations about a reversible course of cachexia during chronic viral infection and the identification of an essential role for CD8 T cells in IAC (Baazim et al. Nature Immunology, in press). Cytokines implicated in cancer-associated cachexia do not contribute to IAC. Instead, we found that virus-specific CD8 T cells cause morphological and molecular changes in adipose tissue leading to depleted lipid stores. These changes occur at a time point preceding the peak of CD8 T cell response and require T cell-intrinsic type I interferon signaling and antigen-specific priming. Our results link systemic antiviral immune responses to adipose tissue remodeling and reveal an underappreciated role of CD8 T cells in IAC. While cachexia in terminal cancer is generally considered to be detrimental to the patient, we hypothesise that cachexia in the context of infections may represent an evolutionary-conserved response program to nurture the host`s immune response and to ameliorate the course of disease.