The term  fitness is used very often in evolutionary biology and plays a central role in  the  theory of evolution. However,  for  decades , the status of this concept has been debated , and  many questions have been raised by  philosophers and biologists alike . What is the definition  of fitness? What does being fitter really mean, in scientific terms ? How  can fitness be  measured ? In  recent years , new ideas  have  emerged within the scientific community  which  might shed some new light on our understanding of fitness. However, their  relationship to  the  debate concerning fitness still need s to be established.  Two things , among many others,  are  particularly  worth mentioning here : first , the theory of niche construction ,  which invites us to  think of  an  environment  not  as  being  granted  to  organisms , but  as  created by them . Thus this  theory  transforms our understanding of environments, a concept which  figures  frequently  in  fitness literature. Second , microbiology teaches us that plants and animals interact with many  symbiotic microorganisms.  Moreover,  these  microbes exert  a  major impact on  the fitness of  these plants and animals ,  thus expanding our knowledge of the factors that determine  fitness. The question is  whether – and  if so,  how – these discoveries influence the debate concerning  fitness. The aim of the workshop is  to  explore this question.

Lynn Chiu is a philosopher of biology  affiliated with the ImmunoConcept Lab of  the  University of Bordeaux/CNRS , which operates  at the intersection of  biology and philosophy.  Her past research and current interest s concern many important problems  found at the frontiers of  the  philosophy of biology,  such as  the  philosophy of perception, niche  construction,  symbiosis , and biological individuality.  Learn more about Lynn here : https://sites.google.com/view/lynnchiu/ 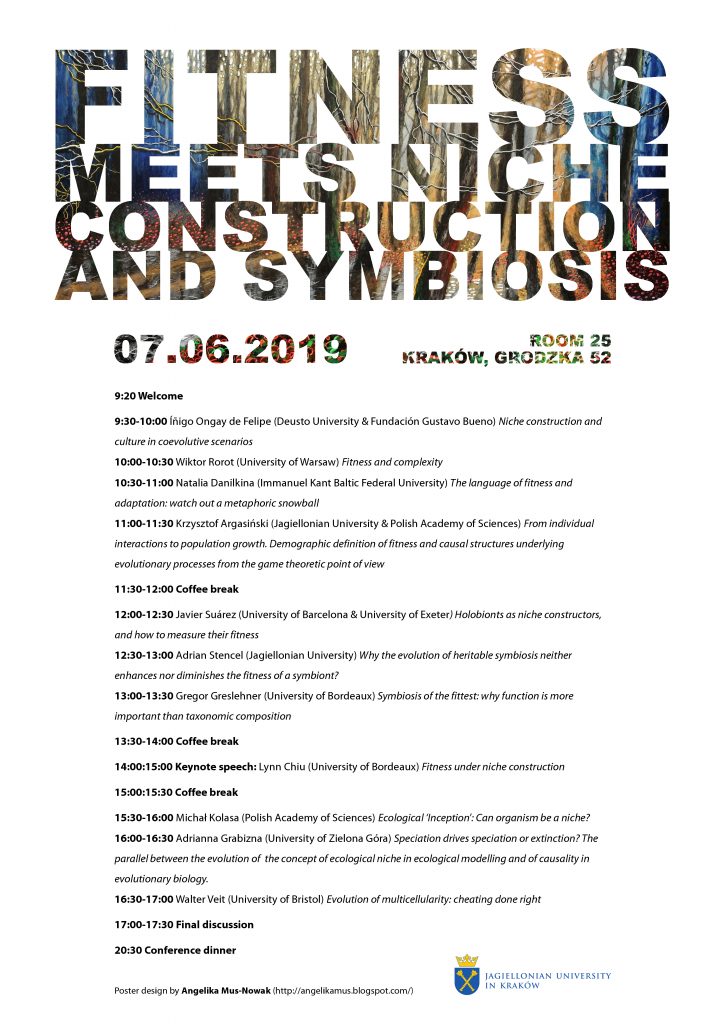 Philosophers, biologists, medical doctors, and any other scholars, at any point in their career,  who are interested in this subject .

Where  and  when  will  the workshop  be held ?

This workshop is supported by