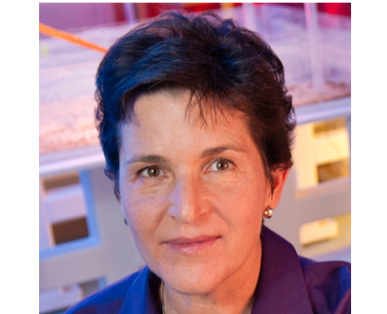 Deborah Gordon is Professor of Biology at University of Stanford (USA).

Deborah Gordon is a world-leading specialist of ant colonies and collective behaviors. With her group, she uses ant colonies to investigate systems that operate without central control, and explore analogies with other systems, such as the internet, the immune system, and the brain. She is interested in collective behavior, which can take many forms, such as emergence, self-organization, superorganism, quorum sensing, artificial intelligence, and dynamical networks.

Collective behavior operates without central control, using local interactions among participants to allow groups to respond to changing conditions. It is widespread in nature, not only producing the coordinated movement of bird flocks or fish schools, but also regulating activity in natural systems from cells, as in cancer metastasis or embryonic development, to the social groups of many vertebrates. An ecological perspective on collective behavior examines how collective behavior adjusts to changing environments. Ant colonies function collectively, and the enormous diversity of more than 14K species of ants, in different habitats, provides opportunities to look for general ecological patterns. The collective foraging behavior of harvester ants in the desert adjusts activity to manage water loss, while the trail networks of turtle ants in the canopy of the  tropical forest adjust to rapidly changing resources and vegetation. These examples suggests how systems with similar dynamics in their surroundings have evolved to show similar dynamics in the regulation of collective behavior. An ecological perspective can contribute to new insights in medical research.

See here Deborah Gordon’s TED talk: “What ants teach us about the brain, cancer and the Internet”