Charles Wolfe (Toulouse), A note on the situation of biological philosophy 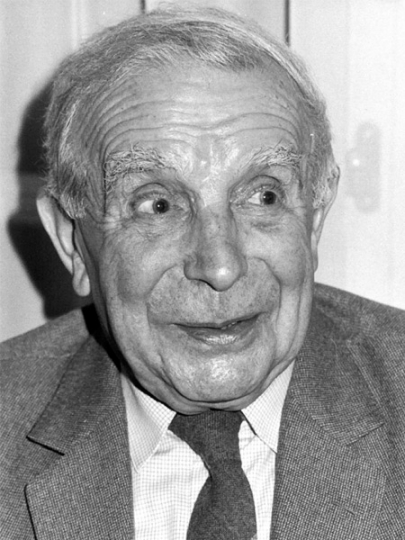 (Picture of Georges Canguilhem in 1987)

Charles Wolfe is Professor of Modern and Contemporary Philosophy at University Toulouse Jean-Jaurès, France, with a focus on the history and philosophy of the life sciences & member of ERRAPHIS research group.

In a short and rarely discussed paper published in 1947 in the Revue de métaphysique et de morale, entitled “Note sur la situation faite en France à la philosophie biologique” (untranslated), Canguilhem is quite blunt in denouncing the “situation” of what he calls biological philosophy in France, in favour of a more developed Germanic tradition. He explains that French thought on biological questions is in a state of arrest, both due to its Cartesian heritage and to a kind of unstated fear with respect to the Romantic lebenspphilosophisch tradition in Germany and its political outcomes. This is unusual enough in an essay appearing shortly after the war, authored by someone who had been an active resistant. But rather than reflect on the possible socio-historical juncture and set of influences that may have led to Canguilhem’s “Note,” I wish to reflect on and evaluate his claims. What would this biological philosophy be? A Germanic philosophy of life translated into French? In a sense, Canguilhem’s very enthusiastic reception of the work of Kurt Goldstein (the translation of which he was instrumental in enabling) is one part of such a translatio (if not translation). But in another sense, neither The Normal and the Pathological (1943, revised and expanded in 1966) nor the various essays collected in volumes like Knowledge of Life (first edition 1952, expanded in 1965) match this program. The latter case makes this particularly clear: a historical epistemology of the life sciences is quite a different project from a Romantically inspired “biological philosophy” (or philosophy of life). In closing, I reflect on how these Canguilhemian projects might speak to us, including in the sense of the ‘prospects’ of a biological philosophy today.