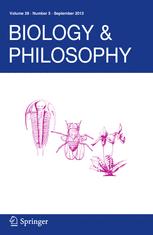 The journal Biology & Philosophy has published a special issue on the philosophy of CRISPR-Cas. Thomas Pradeu has written the introduction and together with Jean-François Moreau he presents a commentary to Eugene Koonin's target paper.