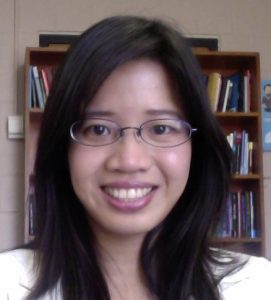 The Callebaut Prize was established in 2015, and is awarded every two years. It is intended to advance the careers of recent graduates working at the intersection of the fields represented by ISHPSSB by recognizing the best manuscript utilizing an interdisciplinary approach based on a presentation at one of the two previous ISH meetings by someone who was, at the time of presentation, a graduate student. The prize is named in honor of Werner Callebaut, whose untimely death in 2014 was mourned by the philosophy of biology community worldwide and particularly ISH members, and who made considerable contributions to the promotion of constructive dialogue and reciprocal respect in philosophical and scientific work, hence making a prize focused on interdisciplinarity most appropriate.

We are grateful to individual donors who have supported this prize, as well as to the Konrad Lorenz Institute for Evolution and Cognition Research (KLI) for support for the first three prizes.

For the 2017 Prize, the Prize Committee received 4 submissions. All were of very high quality, with several already published or accepted for publication. The Committee was struck by the diverse interpretations of interdisciplinarity represented, and the importance of ISH to graduate students due to its support for interdisciplinary research, as was frequently noted in the cover letters provided by the applicants.

This year’s Werner Callebaut Prize is awarded to Lynn Chiu for her paper “The Birth of the Holobiont,” which was presented at the 2015 ISHPSSB meeting in Montréal. A revised version of the paper, co-authored with Scott Gilbert, was published in the journal Biosemiotics in 2015. The paper has already received an award from this journal, which remarked on its interdisciplinarity and uniqueness as a collaboration between a senior scientist and a junior philosopher. Dr. Chiu completed her PhD at the University of Missouri in 2015, and is currently a postdoctoral researcher at the ImmunoConcept Lab at the University of Bordeaux/CNRS. 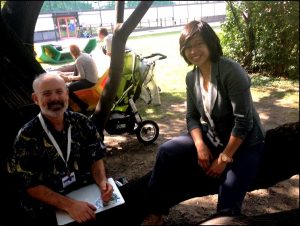 Drawing on recent philosophy of biology literature and on rich biological literature, this paper proposes a new “birth narrative” based on the view that humans are not monogenetic multicellular organisms but rather “holobionts,” that is, eukaryotes composed of multiple symbionts. This paper stood out both because of the clarity and stringent organization of its argument and its timely topic, but also because it makes a genuine intellectual contribution to the field. Much of the work in applied philosophy of science or integrated HPS is unidirectional: scientific episodes serve to illustrate or test philosophical conceptions, or else outstanding scientific achievements are explored in the hopes of generating new philosophical ideas. Such work is typically done to contribute to and advance the philosophy of science.

But the committee agreed that in this paper we have truly interdisciplinary work: the application of concepts from philosophy of biology and cognitive science (the situated cognition and bounded rationality literature) to a scientific conception adds something both to the scientific discussion of human reproduction and to philosophical discussions about individuals, evolution, and development as well as having interesting implications for the historiography of immunology and bacteriology.

Lynn recounted to the committee that she was particularly honored to apply for this prize since Werner Callebaut literally made this paper possible. She wrote: “The last time I saw Werner was at the 2015 EuroEvoDevo in Vienna. He had encouraged me to submit a (different) philosophical paper to a purely scientific session… And there I was, finding myself presenting to no one else but my college science hero developmental biologist Scott Gilbert, who invited me to have a chat during coffee break. As we talked sitting on the branches of a big tree outside, Werner passed by and, delighted by what he saw, snapped a photo of us. We then said our goodbyes. About two weeks later, Werner sent both Scott and I an email with our photo, with lovely comments about our conversations… in his response to Werner’s email, Scott invited me to write a paper together. I am immensely grateful that Werner witnessed this paper take shape and read it up to its penultimate draft.”

On behalf of ISHPSSB, I am pleased to award the 2017 Callebaut Prize to Lynn Chiu.