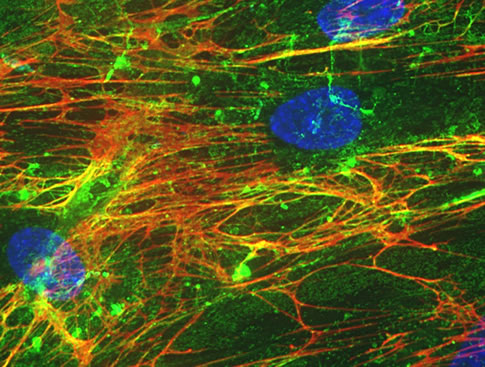 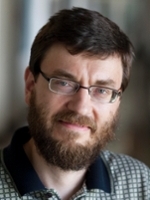 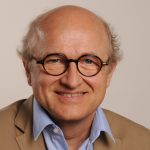 A physicist attempt to help the field of cancer research: building new tools for analyzing the tumor microenvironment.

Single-molecule localization microscopy (SMLM) is the ultimate approach to study structural and dynamic arrangements of the matter at the nanoscale in a wide range of applications. As a member of the “super-resolution microscopy” family SMLM indeed provides optical images with resolutions well beyond the diffraction limit and allow the behavior of one single molecule to be deciphered among other ones. Yet, it remains challenging to study more complex systems than isolated nanostructures or isolated living cells in biology with such approaches. For instance, SMLM in thick tissues (e.g. in situ tumors, or biopsies) is penalized by the limited brightness of fluorescent emitters, the optical aberrations induced by the samples and/or the poor penetration of the light into biological tissue at visible wavelengths.

To circumvent these limitations, we recently developed several new schemes. I will focus here on approaches based on single carbon nanotube which strongly emit in the near-infrared [1]. Combining SMLM and carbon nanotube microscopy, we obtained nano-resolved maps of the extracellular space within intact live brain tissues [2] and in the context of neurodegenerative diseases [3]. We believe that such approaches can be transferable to the fine exploration of the tumor microenvironment. In this quest we are also developing a novel family of multicolor nanoprobes that can be engineered for ultrasensitive microscopy in the near-infrared [3] and might therefore be of great interest for diagnostic purposes based on the analysis of biopsies. 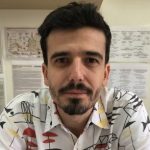 The current wave of immunotherapy has demonstrated a strong therapeutic impact for cancer patients. The major modalities gaining broad clinical applicability aim at blocking regulatory pathways silencing the immune system within tumors called “immune checkpoints”. However, a minority of patients (~30-40%) respond to such treatment stressing the importance of understanding mechanisms regulating anti-tumor immune responses. The sensing of tumor-derived DNA by tumor-infiltrating dendritic cells and macrophages was shown to play a critical role in type I interferon (IFN-I) production which is essential for the activation of cytotoxic lymphocytes that ultimately eliminate tumors. While the majority of tumor cells release DNA, not all patients show an IFN-I signature and a spontaneous T cell-mediated anti-tumor immunity, suggesting that tumor-derived DNA immunogenicity is tightly regulated. We have characterized a nuclease called DNASE1L3 that plays a critical role in the regulation of immunogenic self-DNA by restricting DNA length and reducing its exposure on microparticles derived from apoptotic cells, thereby preventing its capacity to stimulate immune responses. Given these DNASE1L3 properties and its high expression in tumor-infiltrating dendritic cells and macrophages, we hypothesized that the DNASE1L3 within the tumor microenvironment may regulate tumor-derived DNA immunogenicity and consequently anti-tumor responses. We observed that DNASE1L3 deficiency in spontaneous and transplantable mammary tumor models did not affect neither tumor growth nor spontaneous anti-tumor immune responses. However, DNASE1L3 deficiency prevented the therapeutic impact of a common immunogenic chemotherapy Doxorubicin. These results suggest that the DNASE1L3 in the tumor context may not only play a role in disposing of DNA but promote tumor DNA-sensing by the innate immune cells, following tumor DNA release caused by chemotherapy. Accordingly, Doxorubicin caused tumor cells death leading to the release of compact and unfragmented DNA. Exogenous treatment by DNASE1L3 of  Doxorubicin treated cells potently increased the fragmentation of their DNA. Thus, DNASE1L3 may process tumor-derived DNA to promote its sensing by innate immune cells. We also have observed that the supernatants of tumor cells treated with Doxorubicin increased the expression of the DNASE1L3 within dendritic cells, supporting the hypothesis that this enzyme is involved in the regulation of anti-tumor immune responses. While DNASE1L3 may regulate the immunogenicity of chemotherapies, we need to further decipher its mechanisms of action in the regulation of dendritic cells and macrophages activation by tumor DNA. Furthermore, we will the study DNASE1L3 function in development anti-tumor immunity following multiple therapeutic context targeting tumor cells death such as immunotherapy and radiotherapy. Ultimately our study will shed light on novel mechanisms regulating immune responses induced by tumor-derived DNA and therefore may contribute to the development of therapeutic strategies to increase anti-tumor immunity. 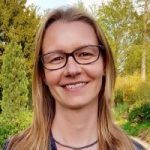 Cancer Avatars: The Temporality of Translation in Precision Oncology

Patient-derived xenografts (PDX) are currently promoted as new translational models in precision oncology. Immunodeficient mice with human tumors are developed as surrogate models to represent specific types of cancer, and are hoped to allow for patient-specific drug screens. This paper reflects on how organism choice intersects with discussions about the most salient features of cancer, as reflected in how model virtues are balanced and traded. This is for instance seen in discussions on the benefits and limitations of PDXs versus standardised mouse models, and in recent attempts to speed up translation through modification and use of faster developing organisms, such as zebrafish xenografts and fly avatars. Whereas discussions on organism choice often focus on representational features of animal models, we stress that temporality is a model virtue that is central to modeling of cancer. 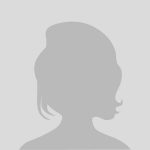 A system can be considered as complex in a variety of ways (Mitchell, 2003, 2008). Cancer is regarded as a complex disease from both a causal and a dynamical point of view. On the one hand, cancer has a complex multifactorial causal network (Nwosu and al., 2001). It involves genetic and epigenetic deregulations, altered cellular signaling responses, and abnormal interactions with the microenvironment. Those alterations are temporally connected in a complex fashion. On the other, tumor cells are submitted to selective pressure, which results in a still more complex dynamics (Mitchell 2003; Germain and Laplane, 2016), especially when treatment encounters acquired resistance (primary resistance being due to the causal complexity of cancer). Both types of complexity threaten therapeutic attempts.
Our purpose is to rely on the above epistemological analysis of cancer complexity to address the question of how physicians should face this two-dimensional complexity. We will focus on a recent and promising class of therapeutics: immunotherapies. Immunotherapy refers to many different therapeutic strategies. We propose to analyse the assumption behind each strategy in order to understand the way clinical field has dealt with both aspects of complexity. We will present a typology of the different immunotherapies regarding the dimension of complexity they address and how.
The main way to deal with biological complexity has been to focus on targeting different causal pathways simultaneously (or according to a precisely determined order) (Green, 2015, 2017). This approach relies on two assumptions: 1) Cancer is a cluster of mutated proliferating cells; 2) Targeting different causal mechanisms is the best way to eradicate this cluster. A key type of mechanisms is the escape from immune surveillance. Strategies have relied on improving our understanding of immune activation. Therapies can use modern technologies such as CAR-T cells or endogenous regulatory factors as IL2. Both strategies broadly activate the immune system without targeting a precisely identified deficiency (Alatrash et al., 2013; Sanmamed et Chen, 2018). However, those unspecific therapies have strong side effects such as avoid immune related adverse events (Sanmamed et Chen, 2018).
Growing accumulation of data and molecular profiles allowed for new insights into causal mechanisms of immune escape. It has led to therapies targeting specific pathways involved in cancer actively inhibiting antitumor immunity (Sanmamed et Chen, 2018). Blockades of immune checkpoints strategies (anti-PD1) restore a previously blocked immune response to increase the antitumor responses.
The previous approach only addresses the causal dimension of cancer complexity. Despite increasing knowledge about cancer causal network that allows for overcoming primary resistance, immune therapies still face the problem of acquired resistance. We will then focus on strategies (Finn, 2018) that address the other dimension of complexity: the dynamic aspect (Germain and Laplane, 2016). This approach puts forward the following assumptions as its main basis for therapeutic action: 1) Cancer is a dynamic systemic process 2) The latest therapeutic strategies intervene, the poorest the prognosis will be (Cohen et al., 2017). They allow for different therapeutic goals: prevention instead of eradication. 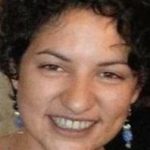 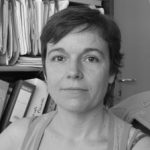 Deciphering the dual role of ß-catenin in hepatocellular carcinoma

Tumor development and progression are mainly driven by oncogenic mutations but are also strongly influenced by physical factors. Indeed, intra- and inter-cellular communications coordinate various cellular activities that direct proliferation and migration through signal transduction pathways. ß-catenin is a key effector of these inside-out and outside-in mechanotransduction events. ß-catenin is part of the cell-cell adhesion complex, where it plays a structural role but is also the key effector of the Wnt pathway, where it is endowed with a transcriptional regulatory activity.
In the liver, deregulation of ß-catenin is tumorigenic. Oncogenic mutations of ß-catenin are present in 18-41% of hepatocellular carcinoma (main primary malignancy of the liver in adults) and almost 90% of hepatoblastoma (pediatric liver primary tumor). In most liver tumors, ß-catenin mutations are present at the heterozygous state meaning that mutated and wild-type alleles co-exist in tumor cells. We aim to study the interplay between mutated and WT ß-catenins in liver tumor cells.
We have devised a RNA interference strategy in HepG2 cells that allows uncoupling of the two functions of ß-catenin in the same cellular background: nuclear/transcriptional activity, a function almost exclusively mediated by the mutated ß-catenin, and membrane/structural activity, which is mediated by the degradable WT ß-catenin.
During this seminar, I will present how this “dual ß-cat HepG2 model” allowed us identify Fascin 1 as a ß-catenin target involved in the deregulation of hepatocyte differentiation. 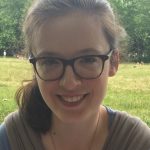