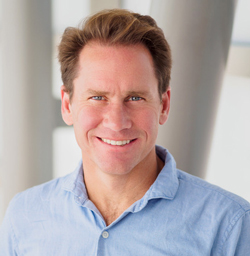 The Bilder Lab (University of Berkeley, USA) studies the molecules and mechanisms that govern the polarity, growth, and morphogenesis of epithelia, the fundamental tissue of all animals and the major constituent of human organs. They also use Drosophila cancer models as a simple system to understand both how epithelial organization prevents tumor formation and how tumors actually kill their hosts.

There is a large gap between the deep understanding of mechanisms driving tumour growth and the reasons why patients ultimately die of cancer. It is now appreciated that interactions between the tumour and surrounding non-tumour (sometimes referred to as host) cells play critical roles in mortality as well as tumour progression, but much remains unknown about the underlying molecular mechanisms, especially those that act beyond the tumour microenvironment. Drosophila has a track record of high-impact discoveries about cell-autonomous growth regulation, and is well suited to now probe mysteries of tumour – host interactions. Here, we review current knowledge about how fly tumours interact with microenvironmental stroma, circulating innate immune cells and distant organs to influence disease progression. We also discuss reciprocal regulation between tumours and host physiology, with a particular focus on paraneoplasias. The fly’s simplicity along with the ability to study lethality directly provide an opportunity to shed new light on how cancer actually kills.